I'm delighted to announce that Chalk & Cheese has been chosen to feature in the much anticipated Team Cul de Sac book (Andrew McMeel Publishing), to be published 2012.

Cartoonists were invited to donate original art made especially for the book which is designed to raise awareness about Parkinson's disease, in honour of Richard Thompson (he being the genius behind the utterly fabulous Cul de Sac comic strip). Part of the profits from the sale of the book will benefit the Michael J Fox Foundation (MJFF); the original art submitted will also be auctioned as part of the fundraiser, with all of the auction money going to MJFF. Additionally, there will be a limited number of deluxe edition books signed and numbered by Richard Thompson himself.

You can find out more about Team Cul de Sac here.
Posted by Tim Warnes at 00:00 No comments: 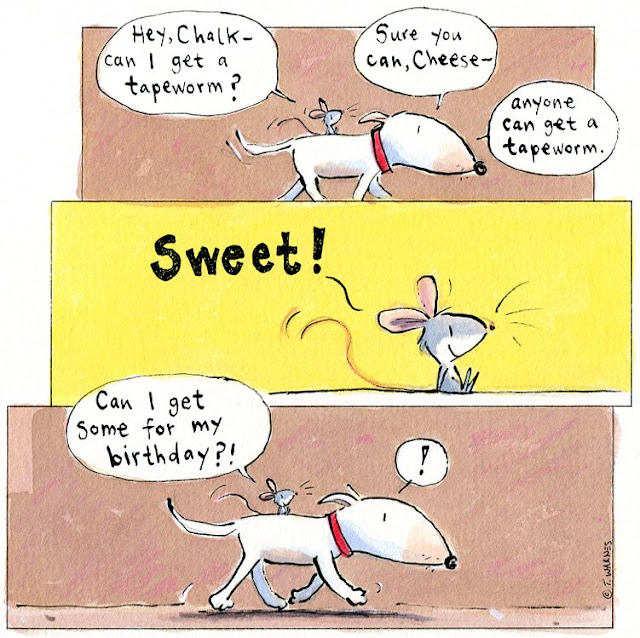 If you enjoy my Chalk & Cheese comics, please take a moment and vote for them in the Washington Post Best Webcomics of 2011 category. Click here to vote or email comicriffs@washpost.com 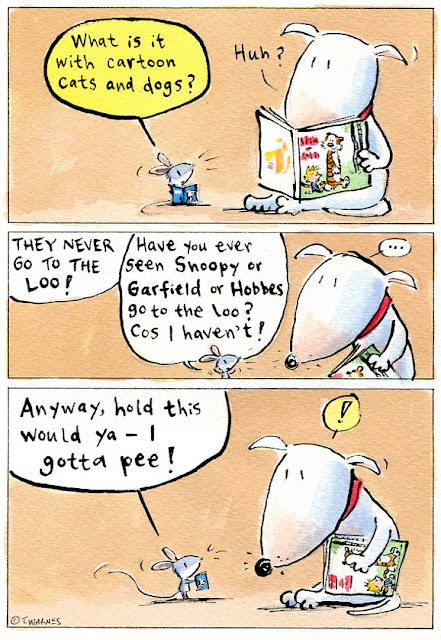 Some cartoon trivia: the glorious Calvin & Hobbes strip was first published on this day 1985. I love that Hobbes is just a floppy old toy when anyone else is around.
Posted by Tim Warnes at 00:00 No comments: 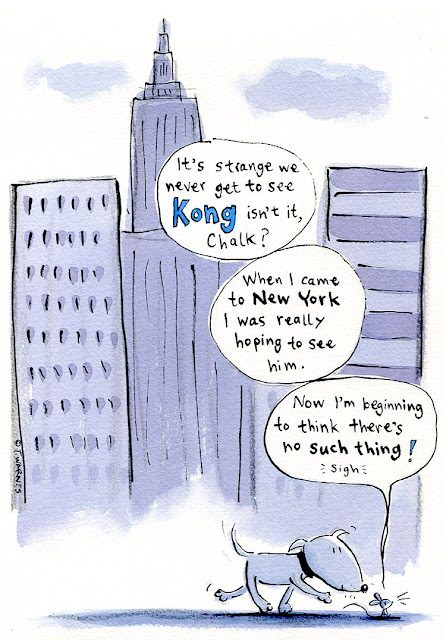 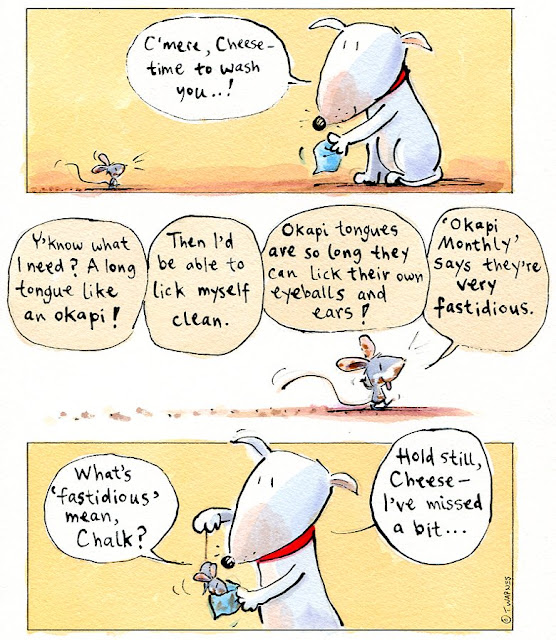