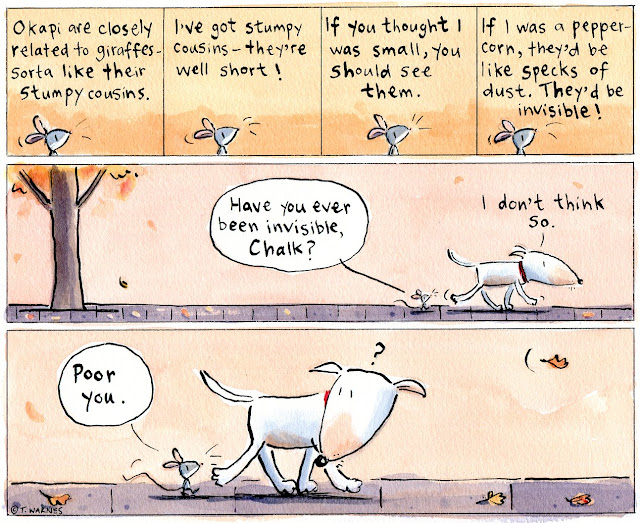 Below you'll see the original sketch for this strip, with a note that says, ASK Noah. He's the original inspiration for the character of Cheese Mouse, and it was his throw away remark at the zoo that started the whole okapi thing.

He also acts as my editor. I rarely run a strip without checking it out with him first, as he too delights in comics and always knows where to drop a panel or add a punchline. He's a harsh critic, but it's worth it when one makes him laugh aloud. Mind you, it's a killer when he looks at me with pity, and I know he's thinking, 'That's really not funny...'

And then he says it to my face.

Anyway, I haven't had time to do a new C&C this week, what with working on my picture book, having a kid off school with scarlet fever, website updates, and then the Easter weekend when we saw a multitude of cousins (some of which are still quite stumpy) - so I thought this was quite appropriate. 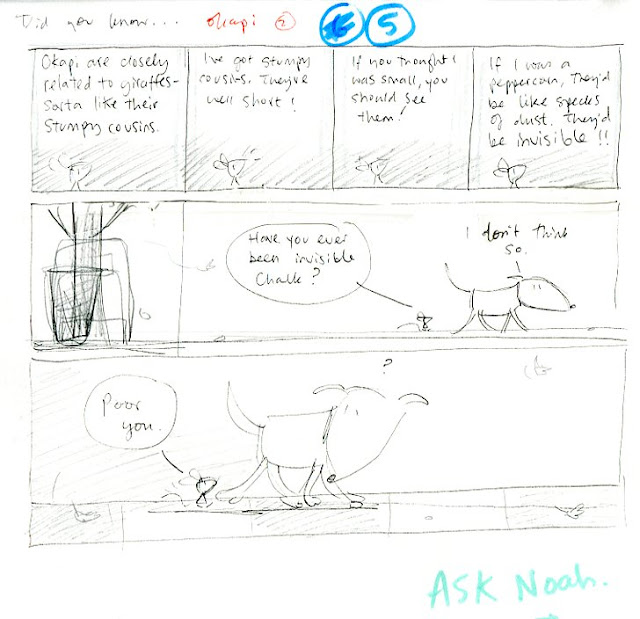